Steve Von Till‘s voice is typically heard in the context of music made with guitars. Whether the thunderous sludge metal guitars in Neurosis or the earthy acoustic strums of his solo records, those guitars build a dense, shadowy canopy around Von Till’s apocalyptic verses. He’s seasoned his gnarled croak, as he recently described it, over more than 30 years of playing hardcore and sludge metal, to the point of each of his vocal performances conveying the wise and wizened tongue of a sage. He can roar and bellow, but even at inside volume, his growl conveys more than most at a full-throated scream.

It feels somewhat disorienting to hear Von Till delivering his vocal performances over guitarless chamber-ambient compositions on his latest, No Wilderness Deep Enough. Written piecemeal both at home and while visiting family in Europe, No Wilderness Deep Enough might very likely have remained an instrumental album of new age synthesizers, strings, horns and other gentle elements, had producer Randall Dunn not convinced Von Till to lend his own voice to the album. The album would have been a stunning listen without it, certainly—each track is layered with gorgeous arrangements, from the melancholy twinkle of piano beneath the percussive shuffle of “Indifferent Eyes” to the majestic sheen of French horn on “The Old Straight Track,” and the gothic string arrangement and eerie feedback of “Dreams of Trees.”

Blessed with Von Till’s narration, these songs take on a different shape. They become slightly less peaceful ambient exercises and more haunting, cinematic dirges in line with recent work by Nick Cave & The Bad Seeds. That Von Till’s voice is not necessarily conventionally beautiful is a benefit rather than a liability—the contrast between these elements is complementary rather than contradictory. Though these pieces are often eerie, Von Till something of a soothsayer emerging from a mysterious fog, his message is more often one of hope than of doom. The gently beautiful “Trail the Silent Hours” is bolstered by a motivational mantra, as Von Till sings, “Stand then as an oak, holding ground/ Seek shelter in surrender, but don’t give in.” The meditations on death in “Shadows on the Run” feel somewhat more familiar, finding a kind of peace and spiritual transcendence amid the tragic bargain of being alive: “The soul is what is left/When the spirit dies/The past will not erase/An undying embrace.”

The echoing notes of piano on “Wild Iron” provide what’s the album’s closest thing to a proper ambient track, with Von Till providing the one element that breaks from an Eno-esque moment of meditation. Yet Von Till’s voice provides a meditation of its own, examining people’s true nature and the “silent stories we tell ourselves.” It’s perhaps a bit less mystical in nature or even less hopeful than some of the other material he explores, but it’s not cynical or judgmental. As Von Till untangles the nature of who we are and how that’s different than what we believe we are, a funny thing happens: That gnarled croak he’s developed over 30 years playing epic metal dirges has become unexpectedly comforting. 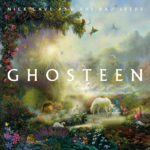 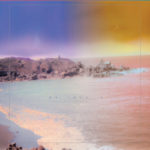 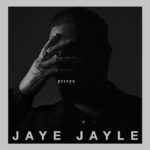