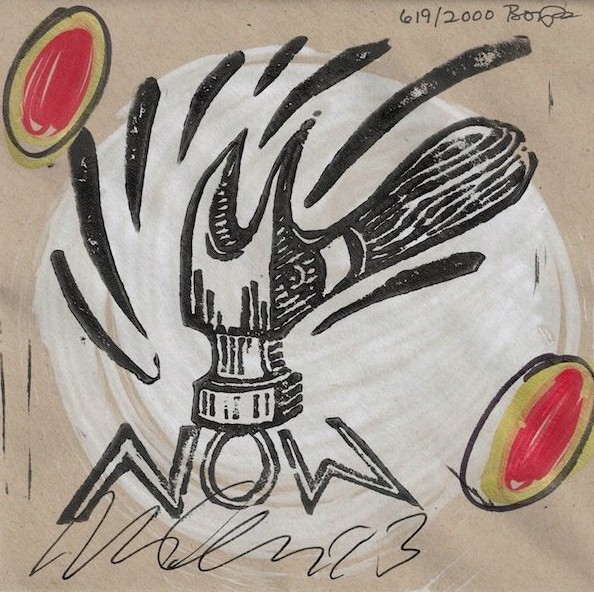 Swans, the legendary art rock/post-punk band founded by Michael Gira and featuring a revolving cast of players since the 1980s, announced earlier this year that they were releasing a new live album titled Not Here/Not Now. Today, the details of the 2xCD live album have been revealed, and is now available to order via Young God Records, with some different Kickstarter-style funding options. The limited edition live album, with handmade cover signed by Michael Gira, is $40, but for a little more, you can get some extra goodies. For an additional $15, you will receive a signed copy of the new Swans album, which has not yet been recorded, but will be happening. For $10 more than that, you’ll get a live DVD. A total of $200 will get you guestlist and VIP access for a live Swans show, and you’ll be able to meet the band. And for $500, Gira will record a short acoustic song for the funder, about his or her dreams and fears, with special thanks from Gira. Amazing! Funding from these orders will go toward paying for the recording of the band’s next studio album.

Not Here/Not Now mostly features new tracks that don’t yet have studio versions, though some of the material does come from their amazing 2012 album The Seer. Check out the tracklist below, and the cover art above.

Make sure to read Treble’s Beginner’s Guide to Swans.