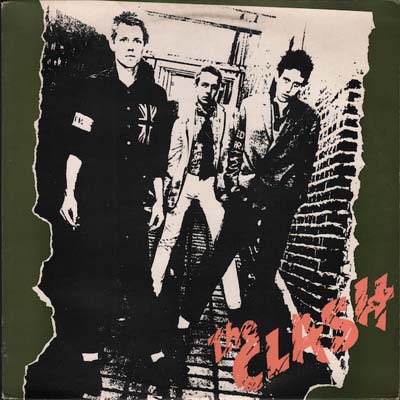 Mick Jones, Joe Strummer, Paul Simonon and first album drummer Tory Crimes, later Topper Headon, didn’t invent punk, they simply made it perfect. The Ramones and the Sex Pistols had preceded them, although not by much, and both were more popular in England than in the States. One can’t usually write about The Clash without the requisite U.S./U.K. compare and contrast motif, and this will be no exception. While the Ramones were about speed, simplicity and volume, and the Sex Pistols were about rebellion through any means necessary, rude and anarchic, the Clash were about channeling all of those ideas into a concise package, speed with tightness, volume with clarity, rebellion through protest.

The Clash’s eponymous first album was, and to an extent is still, almost unheard in the U.S. Originally released in England in 1977, the album was delayed two whole years stateside, and even then certain songs were deleted and replaced with more recent singles. The U.K. songs are still easily distinguishable from those recorded later. For one, Strummer hams up his snarling and gravelly English accent, nearly mimicking John Lydon’s delivery from the Sex Pistols’ debut. First single “White Riot,” when first heard by Johnny Ramone, led him to believe that the Clash were the only other band out there doing what the Ramones were doing, yet possibly doing it better. Gone now from the first edition are “Deny,” “Cheat,” (two of the most straightforward songs on the album), “Protex Blue” (about, of all things, buying a condom in a men’s room and taking it home) and “48 Hours,” (about making the most of the weekend). In their place, forgivably or unforgivably depending on your ideas of purity, are the braggadocio of “Clash City Rockers,” the anti-record industry “Complete Control,” the reggae/Motown mix of “White Man in Hammersmith Palais,” the now played more than the original cover of “I Fought the Law” and the Jones fronted “Jail Guitar Doors.”

Many have written about the Clash’s political leanings and messages, Strummer’s gruff rude boy voice, the double guitar assault, the reggae influences, the ground breaking album covers, and heck, even Paul Simonon’s role as the best dressed and best looking punk rocker in history. What I’ve found amazingly scarce, although I’m not discounting that it has been done, are mentions of the magnificent vocal chemistry between Strummer and Mick Jones. Most of the songs in which this interplay becomes apparent are the singles on the domestic version of the first album, specifically “Police and Thieves” and “White Man in Hammersmith Palais.” When listening to those songs, Strummer with his conversational and measured style, Jones with his cooing “oohs” and “ahhs”, the two complement each other so well, you can see why their following bands, Strummer with the Mescaleros, Jones with Big Audio Dynamite, just didn’t measure up, as if something were missing and you just couldn’t put your finger on it.

The songs which survived the U.K. cut are some of the band’s all time best. “I’m So Bored with the U.S.A.” drops references to Cambodia, skag, Starsky, Kojak and one of my favorite all time Clash lines, “Yankee detectives are always on the T.V. / ‘Cos killers in America work seven days a week.” In “Remote Control,” Strummer actually yells, “punk,” one of the early references of the term. “White Riot” has lyrics still relevant today, “All the power’s in the hands / Of people rich enough to buy it.” “Police and Thieves,” considering the recent tragedies in London take on chilling new dimensions, “The station is bombed / Get out get out get out you people / If you don’t wanna get blown up.”

Both versions of the album are worth picking up, even with repeated songs, the song order, and placement alongside now-missing or added songs make for a vastly different listening experience. The U.K. version now stands as a testament to a band who understood the power of controlled but aggressive punk, the US version showing the progression of that same band from that early version, to an experimenting force to be reckoned with, making lyrics better, vocals crisper and with more harmony, throwing in various new influences (specifically reggae), and ending up, at the end, to be the band that would soon make one of the best albums in rock history, London Calling. 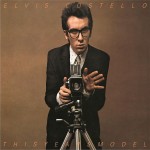 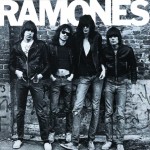 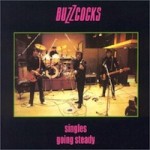