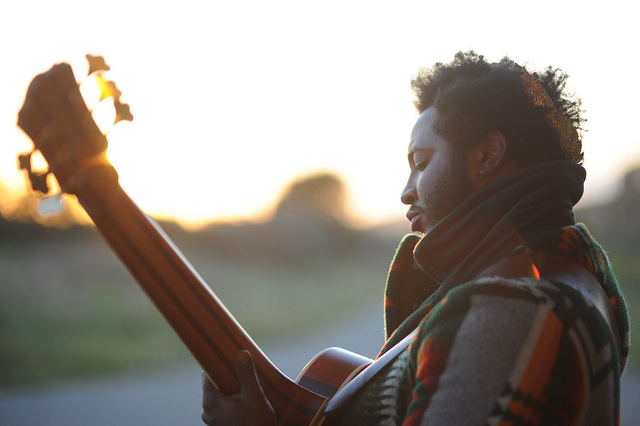 Whether collaborating with Flying Lotus or exploring his own future-funk on his debut album The Golden Age of Apocalypse, songwriter and bass maestro Stephen Bruner, aka Thundercat, is right at home exploring the funky jazz fusion of the ’70s — Stanley Turrentine, George Duke, Donald Byrd and the like. And the dude definitely makes the most of these polyester space-age realms, though he’s got a knack for melody that extends into more pop-friendly places as well, which suggested that he might have a really great R&B tune in him, if not a few dozen.

That great R&B tune is here, it’s called “Heartbreaks + Setbacks,” and it’s the first single from his upcoming album Apocalypse, due in July. The song showcases Bruner’s instrumental abilities, as all of his best tracks do, but that’s hardly the focus. As sumptuous and spacey as ever, “Heartbreaks” is all about hooks and melodies, Bruner better showing off his vocal abilities this time, crooning of hope for a shaken-up relationship and where to go next when obstacles get in the way of a good thing. The track, co-written by Brainfeeder labelmate Mono/Poly, is tender and soulful, but of course it’s funky. With “Heartbreaks + Setbacks,” Thundercat isn’t softening his instrumental chops, he’s just sharpening a few new ones.

[found on Apocalypse, Brainfeeder; out July 9]

Album of the Week: Thundercat – It Is What It Is

Thundercat’s “Black Qualls” has more bounce to the ounce

Thundercat announces new album, It Is What It Is