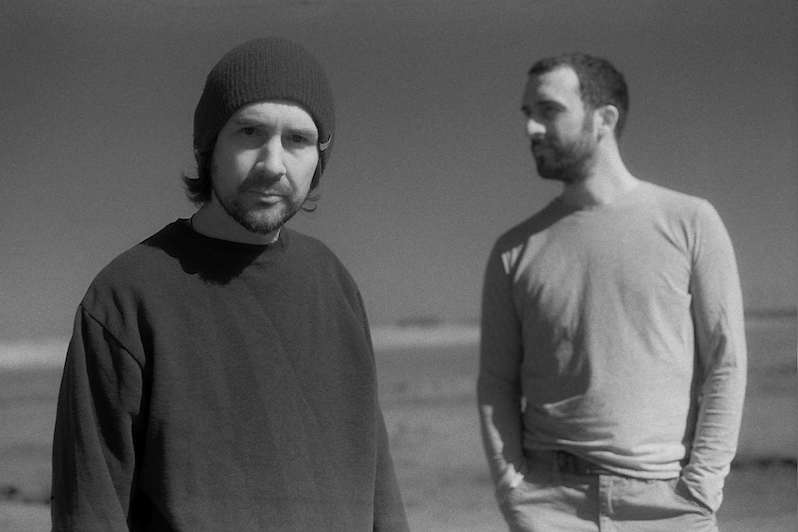 This week’s topic: We just published our Best of the 2010s lists, highlighting all of the music that we held in the highest regard as the decade came to an end. But considering we spent the last 10 years each highlighting our favorite music of each year, that leaves out a lot of good stuff. And inevitably, some of our past years’ favorites were left out. So: What is an album you loved from the 2010s that you felt was unfairly left off of most best-of-the-decade lists?

Adam Blyweiss: I’m puzzled and concerned by the dearth of end-of-decade love shown for Tomorrow’s Harvest by Boards of Canada. With their reputation as techno hermits, BoC’s PR push for this LP was almost as astounding as the fact that we had a new album from them at all. Full of sounds suggesting oncoming apocalypse instead of wistful nostalgia, we here at Treble named it Album of the Week, a Top 10 electronica album and a Top 50 overall album in 2013, and even dropped it into our Top 100 of the first half of the decade. Metacritic calculated it was one of the best-reviewed albums of 2013. For Pete’s sake, it shows up on Google’s topline scroll when you search for the best albums of that year. But for the whole of the 2010s the album has been whitewashed with invisible ink, and with it most traces of the Scottish duo’s reputation.

Jeff Terich: When Fucked Up released their sprawling, conceptual 2xLP album David Comes to Life, it seemed like the 2010s were theirs to lose—at least in terms of punk and hardcore. The Canadian band, like Refused and Hüsker Dü before them, were discovering new territory for hardcore to explore, employing the tools of progressive rock while creating a heavy, intense product that appealed to audiences who didn’t normally take well to screaming. It fared well in Best of 2011 retrospectives, but after lukewarm reactions to its follow-up, Glass Boys, Fucked Up seemed to be less a part of the conversation. Perhaps it’s because indie rockers found a new favorite “heavy” act in Deafheaven, or because hype is a fickle muse, but a band we’d ordinarily consider hard to forget ended up being lost in the shuffle. Their 2018 album Dose Your Dreams was, interestingly enough, nearly as huge and twice as weird at that. It’s not as if they stopped kicking ass or anything.

Jacob Nierenberg: Between her work as Grouper (The Man Who Died in His Boat, Ruins) and that Nivhek album with the obnoxiously long title, Liz Harris assembled what’s arguably one of the strongest bodies of work of the 2010s. So it’s a shame that Foreign Body, her one-off collaboration with Jesy Fortino (Tiny Vipers) as Mirrorring, seems to have been forgotten in comparison. Harris’ lonesome drones mesh beautifully with Fortino’s burned-out folk, producing the rare collaborative album that bears resemblance to its creators’ individual works, yet doesn’t sound like something they could have made on their own. The dark, hypnotic “Fell Sound” suggests classic Grouper until Fortino’s pinpricking acoustic guitar comes into view, while ambient folk dirge “Cliffs” feels like a long, unbroken shot of a walk through the valley of the shadow of death.

Tyler Dunston: This decade, Sufjan Stevens’ mythological folk elegy Carrie & Lowell received well-deserved praise, but many forgot about Age of Adz, Sufjan Stevens’ symphonic, fist-pumping take on electronic music. It’s got abstract reflection, earworm melodies, dizzying, ornate arrangements, cursing, and an epic 25-minute multi-suite closer called “Impossible Soul.” Though it was a bit divisive, particularly for those who knew Stevens for his encyclopedic American folk songs rather than for, say, “All Delighted People,” it received largely positive reviews and featured on year-end lists. In some ways, it’s an outlier in Sufjan’s discography, so it makes sense that it might not top the decade lists the way his more representative work does. However, in some ways it’s a fulfillment of the promise made on the grandiosity and musical ambition of songs like the two-part “Come On! Feel the Illinoise!” The songs on Age of Adz, inspired in part by the drawings of the artist Royal Robertson, are some of the most direct, invigorating, and complex of Sufjan’s career. With 10 years of hindsight, it’s also notable that this is an electronic album that doesn’t sound like much of the ’80s-indebted electronic pop that has come to dominate indie music in the latter half of the decade. Maybe it’s the fact that it doesn’t fit into to larger narratives of Sufjan’s career or the greater musical landscape that accounts for its absence on decade-end lists, but it’s that same singularity that makes it worthy of distinction.

Konstantin Rega: A newer band by comparison to most of the entries here, Barrie eleased their debut album near the end of the decade to not enough hype, but it holds wonders. Last year’s Happy to Be Here is dream-pop at its best. Songs like “Darjeeling” and “Geology” come off with ease as both vocals and instrumentals work so well to show off this group’s talent.

The Best Albums of October 2018