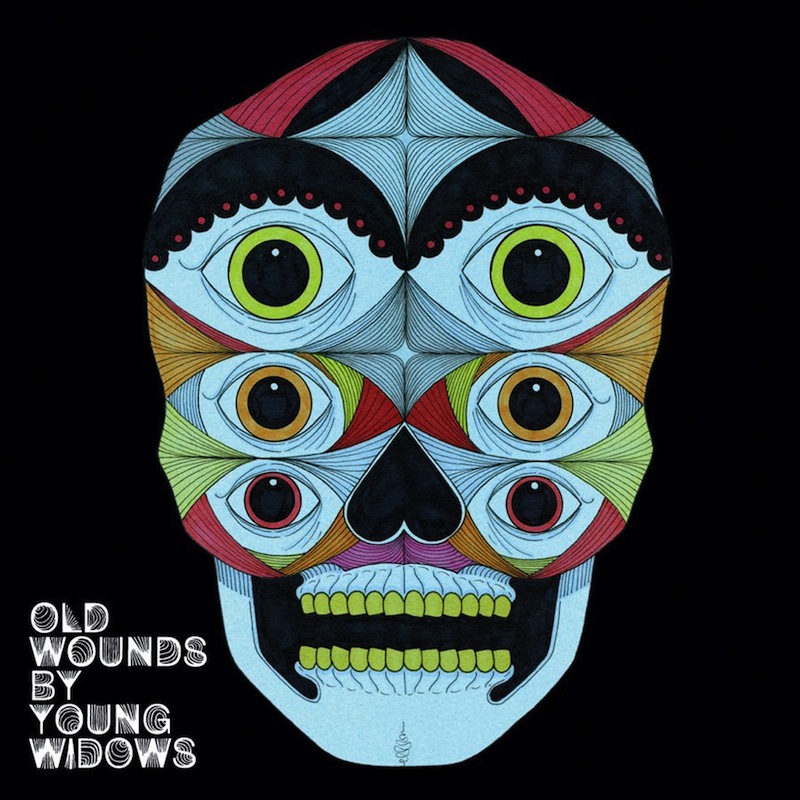 The bass sound that opens Young Widows’ Old Wounds is positively evil. It’s got horns, a tail and a pitchfork. It breathes fire and revels in destruction. And for about a minute and a half, it holds its listeners captive, overpowering the lead vocals of Evan Patterson and slathering “Took A Turn” in muck, straight up to the song’s final moments. In just that barrage of fuzz and metallic shock, one can sense the sheer brutality with which Young Widows wield their instruments. And that’s even before the guitar kicks in.

Brutality is but one aspect of Young Widows’ modus operandi, but it’s a major one. Though they possess a compelling and powerful sense of melody, and at times a sense of playfulness, every bit of music they churn out is backed with a sinewy punch. “Took A Turn” makes that pretty clear without hesitation. From its pounding bass fuzz to Patterson’s drawn out, eerie guitar riffs, it’s a noise rock powerhouse, reminiscent of The Jesus Lizard’s most vicious moments, while carrying the genre’s torch into the 21st century with a more pointed acumen than many of the group’s more misanthropic peers. The squealing attack of “Mr. No Harm” brings to mind the skull rattling clang of Helmet’s Strap It On. “The Guitar” presents a simpler, two chord chug and some bluesy interplay, as Patterson declares “I got a guitar at an early age.”

While there are countless bands presenting some sort of porcine-fornicating ruckus with indecipherable lyrics, Young Widows do so with a touch more melody, a smidge more precision and high replay value. As cathartic as it may be to take some aural pummeling from time to time, it’s best if the band doing the beatdown is letting the listener in on some of the fun. Young Widows do just that, generously churning out some truly enjoyable noise and inflicting a few bruises in the process.