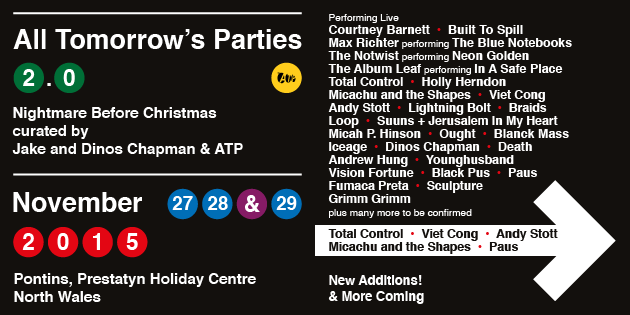 All Tomorrow’s Parties is holding its annual Nightmare Before Christmas festival Nov. 27-29 at Pontins, Prestatyn Holiday Centre in North Wales, UK. The lineup for the festival is being curated by visual artists Jake and Dinos Chapman, and the first couple batches of acts on the lineup have been announced.

Tickets for the three-day event are available here.