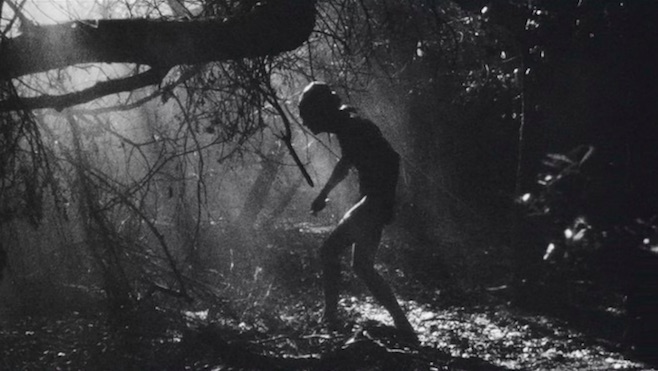 Flying Lotus has scored a short film titled FUCKKKYOUUU which debuted this week at Sundance. The film is directed by Eddie Alcazar, and is an abstract, eight-minute piece that features surreal scenes that deal with themes of identity and intimacy, with a lot of blood, nudity and some goblin faced creature person walking around in a forest. Suffice it to say, this is pretty NSFW.

Here’s a synopsis, courtesy of the filmmaker: “With the ability to travel in time, a lonely girl finds love and comfort by connecting with her past self. Eventually faced with rejection she struggles with her identity and gender, and as time folds onto itself only one of them can remain.”

Watch the entirety of FUCKKKYOUUU, featuring some dark, moody music from Flying Lotus, below.

A History of Jazz Fusion in 30 Essential Albums