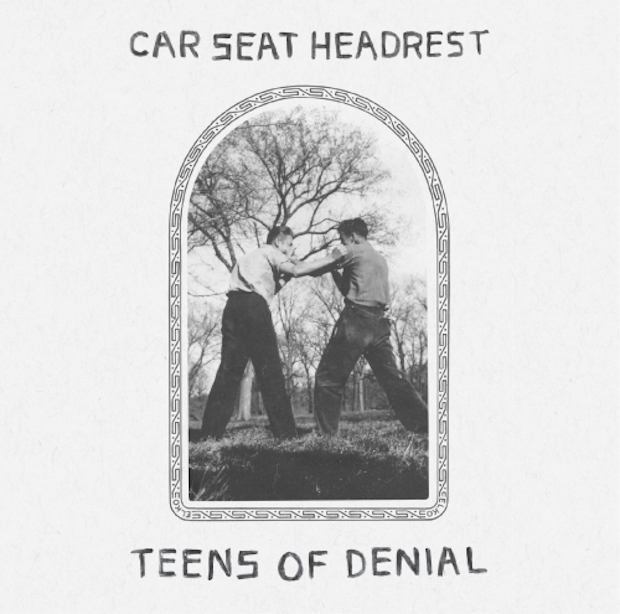 Car Seat Headrest, the long-running indie rock outfit helmed by Will Toledo, has released just two songs from new album Teens of Denial so far, the sum total of which adds up to a pretty staggering 14 minutes. That’s fairly representative of Toledo’s output thus far, which includes just shy of a dozen home-recorded albums, at least one of which would need about six sides of vinyl to run its course. That’s downright huge by indie rock standards, though Toledo’s been building up to something even bigger, and new track “Drunk Drivers/Killer Whales,” just like the previously released standout “Vincent,” finds Car Seat Headrest, now a three-piece, taking shape as a proper and formidable band.

At six minutes long, “Drunk Drivers/Killer Whales” isn’t the longest song on new album Teens of Denial, not by a longshot (it takes fourth place, just to give an idea of its magnitude). But within that running time there are essentially two different songs—which, incidentally, use the same chord progression. In its buildup, the track is a brooding and meditative lament on self destruction and human aimlessness, Toledo’s characterization of people a more sympathetic variation on Sting’s own portrait of “lemmings packed into shiny metal boxes” from Synchronicity: “We are not a proud race/ It’s not a race at all/ We’re just trying/ I’m only trying to get home, drunk drivers.” There’s warmth in Toledo’s words, and a good bit of sadness as well, but it’s when the “Killer Whales” half of the song kicks in that it becomes not just a well-written indie rock song, but one that actually sort of kicks ass, Toledo shouting “It doesn’t have to be like this!/ Killer whales, killer whales!” There is hope. There is hopelessness. There’s a whole range of human feeling surging through this one colossal song, which just happens to be comparatively compact by Car Seat Headrest’s own outsized standards.