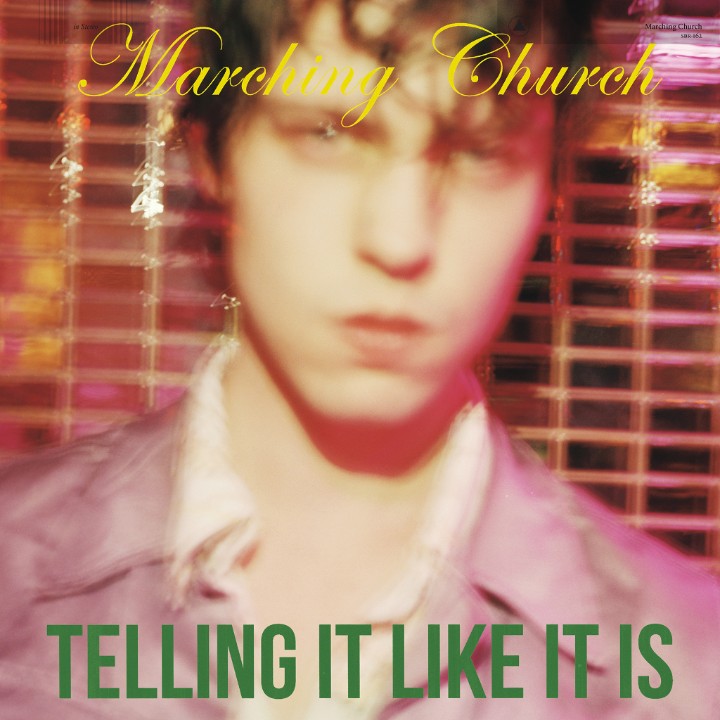 Marching Church, the Copenhagen-based band that started as a solo project of Iceage’s Elias Bender Rønnenfelt, has just announced a new album. It’s titled Telling It Like It Is, and it’s out October 28 via Sacred Bones. Today, the band has released the first single, “Heart of Life,” which features a video self-directed by the group. It’s a bigger pop production than before, and a highly accessible piece of indie tunefulness. Watch the video and check out the tracklist for the album below.

“We have here one world united under the sparks of one enormous disco ball hanging over us like the moon,” Rønnenfelt says of the album. “In one fleeting moment in the light of its mirrored surface we see human endurance, in the next we see doom.”