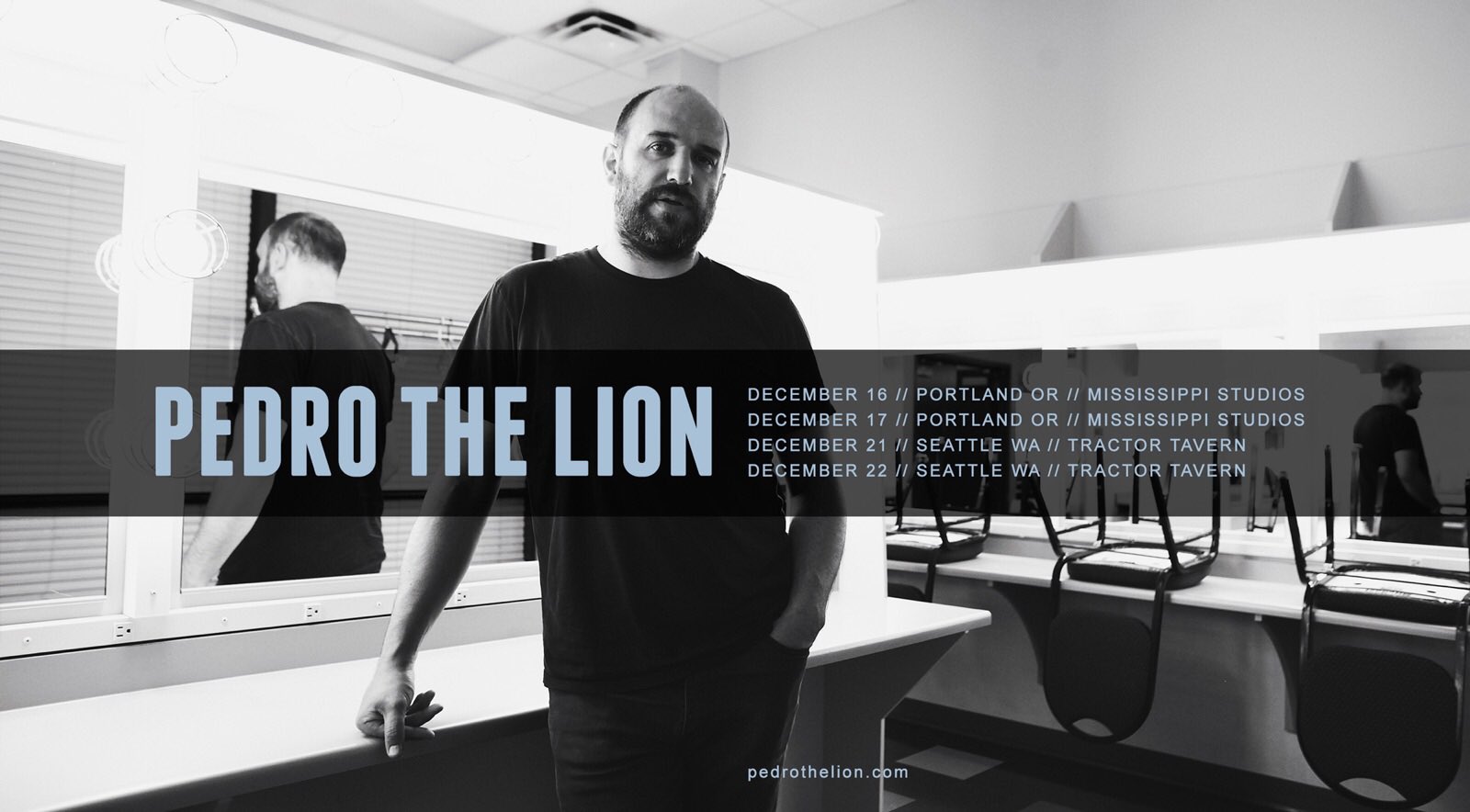 David Bazan has announced that Pedro the Lion will reunite for a handful of dates in the Pacific Northwest this December. These are the band’s first shows in 11 years, the group having broken up in 2006. The lineup for these tour dates includes Bazan, guitarist Erik Walters, bassist Johnathan Ford and drummer Sean Lane. The group’s last album was 2004’s Achilles Heel, however Bazan has continued to release solo records in the past decade. So far, Pedro the Lion has only announced dates in Seattle and Portland, and the possibility of any future dates remains to be seen. Take a look at their upcoming tour dates below.