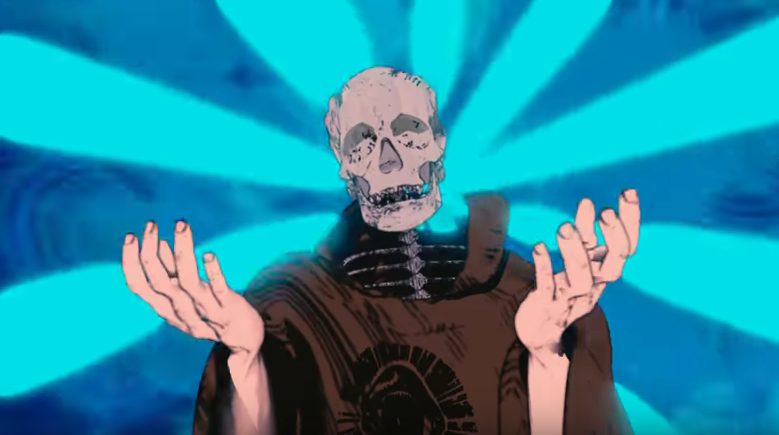 On May 11, Swiss post-metal outfit Abraham are releasing their new album Look Here Comes the Dark! via Pelagic. Today, Treble premieres a new track from the album titled “Vulvaire,” with an epic animated music video. The clip ties into the concept of the album, which deals in apocalyptic themes, and the sound of the track is steeped in heroic sounds reminiscent of Isis, Ocean and Cult of Luna. It’s a compelling audio-visual experience.

The band released a statement about the new clip: “‘Vulvaire’ is taken from the third part of our album. After the collapse of the reign of man in part one, after the reclaim of vegetation in part two, part three depicts the era of the mycelium. It is a new era where lush vegetation has given way to a humongous sprawling mycelium, controlling all remaining life. The last form of collective consciousness has merged into a gigantic organism whose ultimate task is to purge the planet of the scoria of humanity. We wanted to experiment with songwriting and arrangements. Emerge some magical moments, hybrid forms of life and bizarre new signs of religiosity. Pierre captured all this and injected it into a weird psychedelic 3d animated video. What is happening here is indescribable and requires to forget about everything you ever expected from a ‘metal’ video…”

Watch the Abraham “Vulvaire” video below.