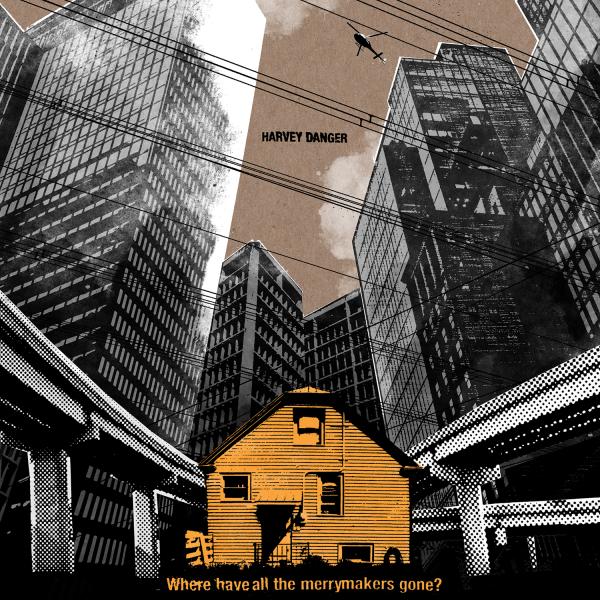 Harvey Danger became something of a household name back in 1998 with the release of their album Where Have All the Merrymakers Gone?, which launched the massive single “Flagpole Sitta.” The Seattle based indie rock band had plenty of other solid albums afterward, including their 2005 swan song, Little by Little, though this album remains their most celebrated. And in 2014, it’s finally getting a vinyl reissue. On July 29, No Sleep Records will issue the album in LP format, with new artwork designed by band members Aaron Huffman, Evan Sult and Sean Nelson. There will also be a new essay by Nelson included in the liner notes to the album. Nelson reflects in a press release: “It’s tempting to be hard on your past self, the one who made all those idiotic mistakes, who scorched so many friendships, who insisted he knew exactly what we was doing while steering car after car into ditch after ditch. And yet, temptations aside, it feels a lot better, and in a much bigger way, to hoist hindsight’s binoculars to your deteriorating eyes and spy something you love.”

Harvey Danger Where Have All the Merrymakers Gone reissue:

Read our interview with Sean Nelson from last year.

No. 2 No Memory vinyl reissue to feature bonus tracks with Elliott Smith