Fear is a tale of two albums.

The first is a guitar-driven record very much in the same overall mold as Baroness, Kylesa and mid-period Mastodon, that southern-sweetened brand of hard rock punched up with traces of doom, sludge and prog. In this world, Valkyrie shines. Peter Adams, famously the guitarist of Baroness from Blue Record through Purple (and, by this, lead guitarist for their two best records), along with his brother Jake form a potent guitar duo here. The way they trade licks and riffs will be familiar for anyone who spent a great deal of time with those mid-period Baroness records, something justly earned given the communal writing of those records and Peter’s prominent position in that group alongside bandleader John Baizley. There is a spaciousness in the cleaner and more atmospheric riffs that brings to mind tracks like “Ogeechee Hymnal” of that bigger group while their harmonized guitar riffs hit with the same southern rock flair brought back to the world of mainstream rock records by Peter’s previous band. At first it feels like a constraint that it is nearly impossible to view this record on its own, the shadow of Baroness looming large over the proceedings. But in time the guilt associated with this begins to fade; Peter helped write those songs too, so in a certain way it is more a recognition of a consistent impulse in his playing rather than a lingering trace of other players.

Freed up from the guilt of associating the two groups, it becomes easier to see why Peter left Baroness to make Valkyrie his full-time venture. Each group has one album without the other now, allowing the comparisons and contrasts to be brought more to the forefront. Baroness were certainly in exciting terrain with Purple, the last joint record of Baizley and Adams, and it ranks alongside Blue Record as their best. But there was an increasing urge toward experimentation and new textures present on that record borne out on Gold and Grey (it will always be Orange in my heart, damn it) that are not present on Fear. Valkyrie seems to represent for Adams a means to access the raw ramshackle southern rock flair Baroness used to be primarily driven by, albeit one conspicuously lacking some of the more grandiloquent and proggy flashes and literary lyrical swirls Baizley would liven up the songs with. There is more rock ‘n’ roll present here, the same kind one might associate with Molly Hatchet on one side of the ’80s and Dinosaur Jr. on the other.

This is reflected as well in the production. The biggest complaint of Adams’ old band, at least in recent years, is how compressed and blown out everything seems to be, often choking out the lush and powerful compositions underneath. This is very much not the case on Fear, where the instruments are all allowed a natural sense of breath and presence. If anything, the opposite seems to be the problem here, with the production skewing closer to the end of a really good sounding demo rather a properly balanced mix. The only instrument spared the occasionally frustrating lack of proper compression on the album is, thankfully, the lead and harmonized guitars. Ultimately for music like this, that’s the driving point anyway, so things still land comfortably in the group’s favor. Still, it’s hard not to feel sometimes during the verse riffs on tracks that things sound a bit like a GoPro propped up on a chair picking up an amp in an open room. This becomes doubly frustrating because these riffs are, by and large, quite tasty, reflecting the precise acumen for guitar-oriented rock we knew Peter had and which many of us quite frankly didn’t know the rest of this band had in them, too. Still, it’s better to sound like this than the alternative, though it is hard not to desire a world where Baroness and Valkyrie average out their production approaches and both arrive at the rich and lush modern rock production both groups certainly deserve.

The second concern with Fear, unfortunately, is a vocally-driven one. This is not always apparent; large stretches of the album are spent in instrumental passages, be their solos or tautly composed harmonized guitar symphonies, ones where the deft and beautiful writing of the Adams boys takes off like a bird in flight over southern marsh and moss. But then a verse riff kicks in, the guitar sound shifts to that GoPro-ish sense and… the vocals come. I don’t want to be too harsh on the group here; clearly they demonstrate that the primary draw of the band is their guitar figures and the inclusion of vocals is more for a sense of balance, to keep the ear from getting fatigued by a constancy of guitar-centered music. But it’s hard to hear the vocal approach on display on Fear, with its warbling and over-dramatic attempt at the kind of soulful-but-heavy vocal John Baizley might have done, and come away thinking they’re anywhere near as effective. The credits say the Adams boys split vocal duties but my ear largely hears one. Whichever it is, the fact that they paid more attention to their guitar craft than their vocal chops is obvious. It’s harder to imagine such an improvement coming soon unless the entire vocal approach is rethought, skewing toward a more constrained shouted vocal aesthetic.

Still, the vocal issues are not so large as to sink the record as a whole. It is not impossible to grit your teeth, clench your knee in your hand and brave the storm until the next set of beautiful and evocative guitar harmonies come along. It’s a drag to be sure, though, and the group might be better served by either getting a dedicated vocalist on their side or ditching them altogether to focus on where their strengths lie. Ultimately, it leaves a final image that is muddied. There is something worthwhile in the music of Valkyrie, of that there is no doubt. Those instrumental passages are a rich reminder of what a fantastic player Peter Adams is and when the rhythm section really starts cooking, especially the drummer, it’s hard not to feel like rock greatness is within their reach. Fear reeks of the type of record that would kill in a live environment, if we ever get back to that place as a society again. Until they sort out the vocals, however, this will remain frustratingly an open question, an almost, just a hair out of reach. 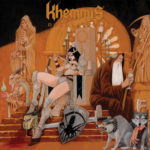 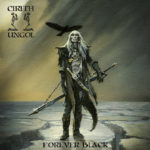 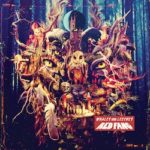